Not everyone who experiences something traumatic will be scarred in a life-altering way. This means people who develop Post Traumatic Stress Disorder (PTSD) or other trauma responses sometimes blame themselves for their mental health. However, the main factors that cause trauma responses are situational, and not linked to your personality. Learning what causes trauma can also show you a path to healing. So let’s look at the top trauma triggers, which have been proven by research. 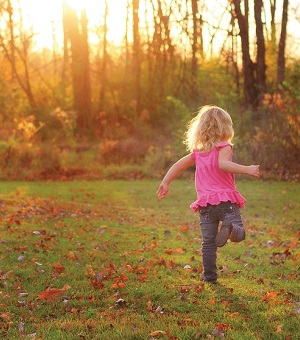 PTSD happens when people are unable to escape a traumatic situation. Sufferers were almost always unable to mobilise physically to get away from the source of terror. If you’re trapped in a burning building or held down by an assailant, you can’t run away.

The inability to escape may have been about more than just physical obstacles. If an authority figure or a family member abused you, it may have been impossible to flee.

All these factors are multiplied if you were a child and had to physically and/or psychologically rely on the people hurting you.

Inescapability explains why PTSD patterns loop continuously. When terrifying events happen, your body is flooded with stress hormones in order to fight or flee. If you were prevented from doing either satisfactorily, the body remains hyper-aroused and the stress never gets discharged.

Sacrificing your body, your moral code, or your self-respect results in intense and traumatic feelings of shame. But that sacrifice was not really a personal choice; it was either do that or die. When survival patterns kick in, they override everything. There is little we can do about them, which is why torturers and abusers play on this human mechanism. In fact, abusers consciously use the tool of shame to keep victims from speaking out or seeking help.

If you survived a horrific incident that other people didn’t, your risk of being traumatised is much higher than if everyone survived. Victims of accidents, disasters, terror attacks, and wars which took the lives of others are often traumatised. Incidents where you were physically or emotionally close to the other people involved are likely to lead to full-blown PTSD.

This phenomenon is so common that it has even been given a name: “Survivor’s Guilt”. People who suffer from this usually develop mental obsessions that they could have done 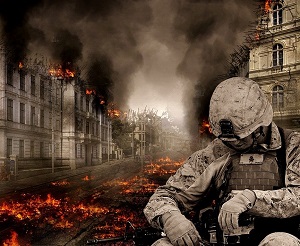 something differently to protect or save the ones who weren’t so lucky. They replay scenes of the incident and may develop feelings of unworthiness because they can’t change the ending.

After shame, betrayal is perhaps one of the most devastating emotions a person can feel. That complete sense of your trust being shattered turns your world upside-down.

Self-blame is a common unconscious defence mechanism when we are utterly betrayed. It is somehow safer to believe that you are the one at fault than it is to believe that the world may contain monsters disguised as angels.

And when we are betrayed by someone we love, we can sometimes still love that person, which leads to traumatic mental and emotional confusion. For example, it’s not always possible to stop loving a parent even if they betrayed you. Trauma arises from the psychic split between the feelings of love and hatred towards the person who hurt, neglected, or abused you.

Studies have repeatedly shown that in the aftermath of a trauma, rapidly being cared for can prevent against developing a trauma reaction. Although physical care and respite is important, being listened to by someone sympathetic is much more vital. Being believed about events and how horrific they were is also crucial.

Even if no-one is able to remedy the situation, just having your pain “held” by someone can often be enough to stop trauma-based disorders forming. Being shown that, even in your devastation, someone understands and cares for you, can stop trauma from taking root. If you tell your story, and you are disbelieved or treated without sufficient seriousness, PTSD is highly likely.

A huge protective factor against developing trauma is having supportive early experiences and emotionally reliable parents. That’s how we develop a strong and stable sense of self that traumatic events are less likely to obliterate. Science shows that even if you are a highly sensitive person by nature, good parenting early in life can protect you against 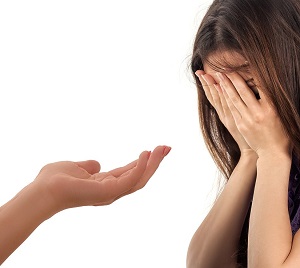 A coherent sense of self is formed when parents respond to your behaviours appropriately.  So this doesn't mean never disciplining you.

It means showing interest in you as a little growing person, guiding you, and nurturing you according to your best interests. It means never undermining you, shaming you, or putting you in roles that children shouldn’t have to take on. It means loving unconditionally, and being unconditionally loving.

Our very earliest life experiences impact us the most. So, even if you had great parents, if you were separated emotionally or physically during the first month or year of life, you may not have benefited fully from their skills.

Since trauma is not caused by your personality, everyone has the potential to heal. Successful resolution of trauma and PTSD can be achieved by challenging and changing the above factors. Everyone’s recovery is different because everyone’s story is unique.

Healing may involve finding empathetic witnesses after the fact, such as a therapist or support group. You might find it helpful to “reparent” yourself, giving you a stable sense of self you never had the first time around. Countering feelings of self-blame, shame, and guilt can be done by reappraising what happened. Completing the “escape process” is usually important and can be done by re-telling the story physically, mentally, and emotionally.

The main challenge for trauma survivors is learning how to approach the trauma safely so that trauma resolution methods can be employed. This means learning to be in touch with your feelings, your body, and your story without becoming overwhelmed. The good news is, you really did survive even if it doesn't always feel like it. If you survived, and had the courage to continue despite the ravages of trauma, then you also have the power to change the story and heal.

by Beth Burgess: Therapist and award-winning author of The Recovery Formula, The Happy Addict, and Instant Wisdom.