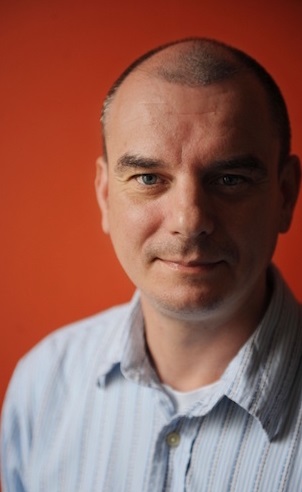 Today, I am both honoured and intrigued to interview Paul Garrigan, a man who beat his alcoholism after two decades of entrenched drinking, and went on to become a Mindfulness teacher, writer, an inspiration and a nurse. After deteriorating through alcohol, it seemed like there was no hope, but Paul overcame his issues at a Thai temple.

Paul, what caused your transformation at the Buddhist temple?

Two years before I went to Thamkrabok, I did an intense 26-day retreat where I tasted a bit of mental freedom. I drank again after this; but after tasting this freedom, the mental hell was worse than ever, but at least I knew there was a solution. It meant that two years later I was finally ready.

So you returned to Wat Thramkrabo. It sounds like you shed your "addict label" there. How did you do that?

I struggled for a long time with my alcohol problem, and I had failed so many times that I began to wonder if I was a hopeless case. I had managed to quit for two years during the nineties, but it felt like swimming against the tide and the 'real me', who was a hopeless alcoholic would always return.It was only by seeing that there was no 'real me' that the chance of permanent recovery was possible. When finally quit, I not only gave up alcohol, but I also gave up being an alcoholic. I had done a few meditation retreats, and I had started to see that there was no 'solid self' that could be an addict.

Did your treatment give you tools to deal with a funky dopamine system that always wants more?

It turned out that the alcohol was just the tip of iceberg when it came to my inner discomfort. I also suffered from depression and chronic anxiety. I was able to use the tools I had picked up through meditation to overcome these as well. I now see alcohol as a great teacher that made it possible for me to find an escape from craving.

How easy it staying sober -  how does your mindset help?

I haven’t consciously done anything to stay sober since quitting. Instead, my focus has been on overcoming self-obsession and finding the real inner peace that I was looking for with alcohol.

Do you get cravings and how do you cope?

I haven’t had a craving for alcohol in 11 years, but I had done a lot of work in meditation dealing with cravings prior to stopping.

The last year of my drinking was horrendous – there were so many mornings I felt too sick to keep the alcohol in my stomach, but I would have to force it down, otherwise I’d be shaking on the couch all day. This is what comes to my mind if I think about alcohol. I don’t even deliberately avoid bars, but I haven’t been to one in years – I have no interest in them.

What is your daily practice to maintain healthy thinking and body?

I do a lot of meditation – about three to four hours a day. I used to have such a busy mind that this ability to sit in silence for hours at a time is kind of miraculous. Four hours of meditation per day might sound excessive to most people, but I wouldn’t feel comfortable teaching clients how to meditate if I didn’t already have thousands of hours on the cushion.

Do you have any advice for those entrenched in addiction who feel they have no hope?

Be kind to yourself, even if you don’t feel able to quit yet. We all need somebody who is unconditionally on our side, and the only one capable of doing this is ourselves. It wasn’t guilt and self-hatred that allowed me to escape addiction. I just developed enough goodwill towards myself that I could then give myself a chance. None of us are so bad that we are undeserving of kindness – to believe otherwise is just a form of self-obsession and is only serving the addiction.

Paul Garrigan is originally from Ireland but has lived in Thailand since 2002. He is a registered nurse who specializes in addiction treatment. His book ‘Dead Drunk’ tells the story of how he finally escaped his addiction at  Buddhist temple Thamkrabok. Paul currently manages the mindfulness program at Hope Rehab Thailand http://www.hope-rehab-center-thailand.com/paul-garrigan-meet-the-team-at-hope/. He blogs about mindfulness and addiction recovery at http://paulgarrigan.com/