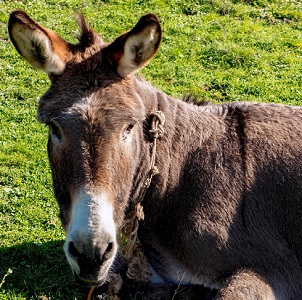 Ten years ago, I had a real breakthrough in terms of identifying and removing some of my most unhelpful limiting beliefs. What have you realised is a load of old donkey over the past year or so?

I have always been into personal development. Gosh I wish we could rename it sometime. It does bring to mind chanting and yoga – which is fine if you do that, but it involves some really acute psychological skills not involving kaftans, which a lot of people don't seem to recognise.

But I am happy to say that 2011 was an absolute pinnacle in my own growth, although there will always be work to do. Just because you're a Life Coach, it doesn't mean you're not prey to some of the human frailties that we all are.

In 2011, I recognised that I did tell myself some of the most godawful things, that I would never in a million years say to others. In fact my coaching trainer said to me at the time: “Beth I wish you'd be as nice to yourself as you are to your clients.” ;)

The worst thing about my limiting beliefs is that I find that, left unchecked, my own inner critic can even contradict the physical evidence. So I jettisoned a load of the old nonsense I had been telling myself and here I am ready for new challenges that I might never have even considered before.

It's funny though, when you've had a limiting belief for so long, you don't even see it for what it is – you just accept it as a truth. But luckily, I can use coaching skills to explore these things and get rid of the stuff that has been holding me back.

So I will be keeping an eye on myself constantly, as I will always be my most challenging client. But I think I have moved into a space where the big hairy mule that I tell myself is quickly apparent and can be corrected fairly swiftly.

So what have you recognised as a myth and how has realising that made your life better?

by Beth Burgess, Therapist and author of The Recovery Formula, The Happy Addict, and What Is Self-Esteem?